CHPO in Berlin: In early July 2017 Stockholm based skateboarders Jesper Lind and David Jakinda got in a minibus and headed down south to Malmö.

In Malmö they picked up both Fernando Bramsmark and Sarah Meurle, and after half a day of Malmö based skating they drove down through Denmark in to Germany, and on to the German capital of Berlin. There they picked up Don Nguyen and Vanessa Torres for what was planned to be a week of skating…

The first two days went as planed with good skating and good weather, Berlin at its best! The rest of the week a monsoon rain joined the group and even though they skated the local indoor park, they spent most of the days enjoying the Vietnamese kitchens of Berlin led by Nuge and friend, Paul Otvos.

The photographer on the trip was Robin Boon Nilssen, the filmer Fritte Söderström and their tour guide was Skateistan employee and Berlin local Felix Spowage.

Take a scroll down the page for some of Robin Boon Nilssen’s photos from the trip. 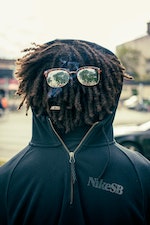 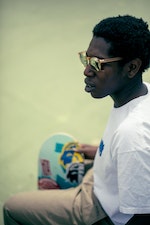 Find out more at www.chpobrand.com

Luftslott: A film by William Engström

Luftslott: A film by William Engström

We spent some time with Eli Reed to discuss his new role at Diamond, what's going on with Becky Factory, Converse video & more...

Green ﻿is a Stockholm scene video filmed by Sean Christiansen, it features the talents of David Stenstrom, Mark McCoy, David Jakinda & many more...

Why the Warriors Family Turned their Back on Profits

Discussing their recent change from commercial brand to non-profit association, musing on the skateboard industry and more...

Why the Warriors Family Turned their Back on Profits