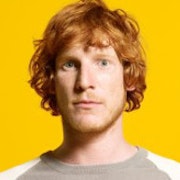 Ginger ninja Wieger Van Wageningen is the only professional Dutch skateboarder. He is part of the Nike SB skate team, and also rides for companies such as Enjoi Skateboarding, WeSC, Independent Truck Co, Bones Bearings and 100% Skateshop in Eindhoven.

His first board sponsor was The Firm, before he moved to Plan B and then on to Enjoi. Video highlights include his part in Nike films Nothing But The Truth from 2007 and the SB Chronicles Vol. 01 from 2011, and he also featured in videos from The Firm, including 2003’s Can’t Stop and 2004’s Riding Shotgun With Wieger. His most recent project was the 2013 promo from Enjoi Tweak The Beef.

Born on 10th March 1992 in Eindhoven, Wieger started skateboarding at the age of 12 at the legendary, but now defunct, Piazza in the city’s centre. Although living now in Amsterdam, he can lay claim to be the Netherlands’ greatest ever skating export, spending much of his time in California with the rest of the Nike SB team.

Famous for his friendly, laidback attitude and sense of humour, Wieger is shaping up to be one of the legends of technical skateboarding, with a unique style and a habit of adding a special something to every trick he lands. He’s untouchable on ledges, with one of the best heelflips in the game and an unnerving ability to sit on backside 180 nosegrinds across any number of well-known ledges around the world. 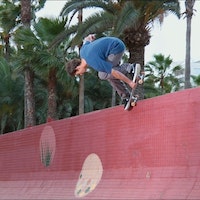 Daan's first trip for the swoosh sees him in Gran Caneria with Oski, Jacopo, Nando & Wieger.
6 years ago | by Matt Broadley 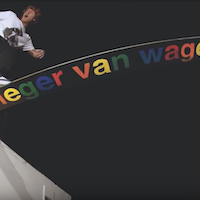 we will always love you wieger

The guys over at enjoi say goodbye in their own unique, and humorous, way.
6 years ago | by Jan 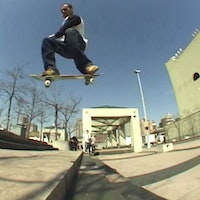 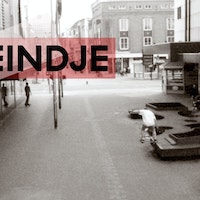 Eindje: A History of Eindhoven Skateboarding

Dwindle does Europe! Check out episodes #1 & #2 to see what Flo Mirtain, Wieger Van Wageningen, Chris Haslam and the boys got up to
7 years ago | by Matt Broadley 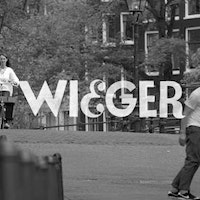 Wieger, filmed and edited by Anthony Claravall.
7 years ago | by Matt Broadley 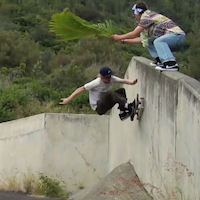 Here's some extras from the Cory Kennedy and the crew in Hawaii which features Ishod Wair, Justin Brock, Ben Raybourn, Eric Koston and Wieger.
7 years ago | by Matt Broadley Technical ledge wizardry from one of the Netherland's finest exports