In 2010, Vivien Feil co-founded the French skateboard company Magenta, along with his brother Jean and Soy Panday. With a team consisting of Vivien, Panday and Leo Valls, the company released its first video, Microcosme, later that year, and Vivien has also featured in later Magenta films such as Hill Street Blues 2 (2012), and Panic in Gotham and the full-length Soleil Levant (both 2013).

Prior to the formation of Magenta, Vivien made appearances in films such as Krooked’s Kronichles from 2006, Last Of The Mohicans from 2008, and the independently-released Scrum Tilly Lush in 2009. Apart from Magenta, he is currently sponsored by Matix, Adidas, Spitfire, Thunder, Dakine and Bud Skateshop.

Vivien was born in Paris, grew up in Strasbourg, and now lives in Bordeaux. He started skateboarding relatively late at the age of 16, preferring to learn tricks by himself in the driveway of his family’s house. After limited success alone, he went to the city’s main skate spot in front of the Museum of Modern Art, and progressed rapidly, maintaining his ‘rising star’ status while also studying at business school in Reims.

Despite being a successful young businessman (and father), Vivien still finds the time today to show off his skills on the board – characterised by its pop, his style was influenced by nineties skaters Reese Forbes and Sean Mullendore. Today, he says he draws inspiration from riders as varied as the spontaneous Mark Gonzales and the more considered Bobby Puleo.

"Just Cruising. No headaches."
5 years ago | by Matt Broadley Featuring Kevin Rodrigues, Vincent Touzery, Glen Fox and the Magenta crew, plus many others.
5 years ago | by Matt Broadley Ballade features bonus footage from our the Magenta x Adidas collab filming week in Paris, backed by the 'wise words' of our leaders.
5 years ago | by Matt Broadley Inside Magenta with Vivien Feil

Inside Magenta: What Youth profile Magenta Skateboards through conversation with co-founder Vivien Feil, hit play and get involved.
6 years ago | by Matt Broadley Here's a Spirit Quest remix for you, featuring the skateboarding talents of Jimmy Lannon and Zach Lyons alongside the Magenta team.
6 years ago | by Jan 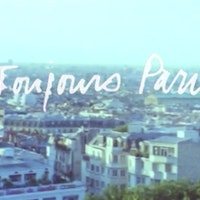 Magenta: Lost in the Dam

Lost in the Dam: Magenta took some time in July to go visit their homies, Pop Trading Co. Take a look at the Leo Valls/Josh Roberts edit from the trip.
6 years ago | by Matt Broadley