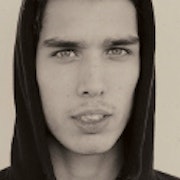 In 2013, UK wonderkid Tom Knox was one of the first signings to the company team of new British brand Isle Skateboards, co-founded by Tom’s old friend from Blueprint days Paul Shier. The company soon released a series of experimental films that proved that skating can be an art form unto itself, including Left/Right, which featured Tom and Nick Jensen skating in synchronicity – their opposing stances provided some interesting mirrored imagery.

Also sponsored by Destructo, Emerica Europe and Liverpool’s Lost Art skateshop, Tom broke onto the global skate scene in a big way in 2011 with his welcome part for Emerica, filmed by Jake Harris and edited by Dan Magee. He worked with Harris again in 2013, when he had the last part in Eleventh Hour, the largely London-based VX video also featuring riders such as Dan Clarke and Luka Pinto.

Not to be confused with the American skater of the same name, Tom was born in London and was still living at home with his family in the north of the city when he picked up his first sponsorship deals. He was initially inspired by British riders such as Neil Smith and Geoff Rowley, and by videos including Blueprint’s Lost and Found and First Broadcast, and Flip’s Sorry.

Tom’s upbringing in the UK’s capital has given him a determination, adaptability and fleetness of foot that only that place can provide, and he has developed into a truly original skater who can kill the most tricky, awkward and gnarly spots. New Balance recently took a stacked crew to the Brazilian cities of Rio de Janeiro & Sao Paulo, the result of this trip is the visual treat Solo Brasileiro.
5 years ago | by Matt Broadley Ever skated a giant skateboard?
5 years ago | by Matt Broadley - 3 - is the full-length accoompanying the remarkable De Paris / Of London / Aus Berlin Yearbook project.
6 years ago | by Matt Broadley 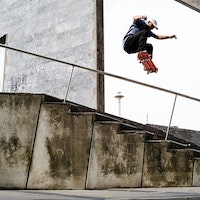 The spots, the filming and the heavy crew - everything about the New Balance Numeric 'Tinto de Verano' video is on point!
6 years ago | by Matt Broadley NB Underground sees New Balance take a few of their riders on a rain dodging expedition through London, Lyon and Paris
6 years ago | by Jan 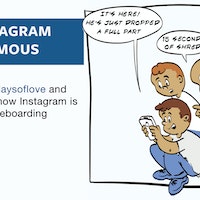 Daryl Mersom looks at the impact Instagram is having on skateboarding. Discussing the Blobys, #LastDaysofLove, body varials and more...