Steve Forstner first made an impression riding for French brand Antiz Skateboards – he featured in the company’s 2003 full-length film Antizipated, and went on to star in Z Movie (2007), The Occasional Antiz Flashback (2011) and the X Years promo (2012). He currently rides for German company Trap Skateboards, and is also sponsored by Ashes Griptape, Destructo Trucks, Spitfire Wheels and Linz’s Radix skateshop.

Over the years, his parts have also featured in videos by WeSC, Wall Street Skateshop and Ashes, and he has made adverts for companies such as Gravis Footwear, Analog Clothing and Lost Enterprises. His straight-to-web solo promo for Gravis in 2011 was particularly memorable – the entire part, which concluded with a kickflip at a busy intersection, took almost two years to put together.

Steve was born on 23rd January 1982 in the Austrian town of Linz, and describes his first skateboard as ‘some crappy supermarket board’. He soon got hold of a New Deal board, and before long was travelling the world, showing off his skills – after a number of years in Reno, Nevada, and a spell in San Sebastian, Spain, he currently divides his time between Berlin and Barcelona.

Known for his amazing tricks, which often involve him jumping down massive structures, Steve won both Slam of the Year and Trick of the Year at the inaugural Bright European Skateboard Awards in 2012. However, due to his style, he has suffered his fair share of injuries, including a snapped achilles tendon in 2011. 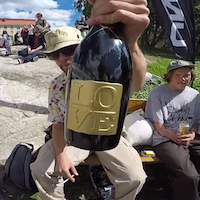 What happens when you give Steve Forstner a GoPro camera and surround him with alcohol and drunk people?
4 years ago | by Matt Broadley 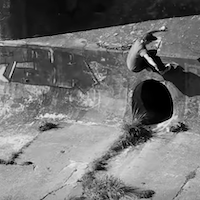 Iriedaily recently embarked on their Bratislover Tour, a trip to the capital of Slovakia
4 years ago | by Matt Broadley Car 13 Wheels embark on a tour of the U.K's finest car parking facilities.
4 years ago | by Matt Broadley 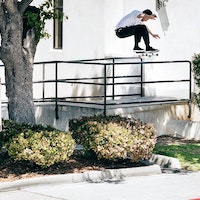 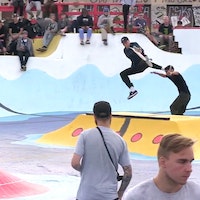 Ashes Griptape present Whataboutwhatabout? - a montage from Barcelona 2014
5 years ago | by Matt Broadley 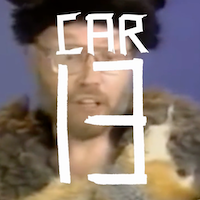 Tour clip from Vienna and Berlin with the new Huf Europe team which is made up of Steve Forstner, Simo Makela, and Rory Milanes.
5 years ago | by Matt Broadley