34-year-old American Stefan Janoski is a pro for the Nike SB team, for whom he has appeared in the films Nothing But The Truth (2007), Don’t Fear The Sweeper (2010) and The SB Chronicles Vol. 01 (2011). His signature Nike SB shoe model, the Nike Zoom Stefan Janoski,was based on Stefan’s own design, and has become one of the brand’s most successful products of all time.

Also sponsored by Habitat, Venture, Asphalt Yacht Club clothing, Mob, Bones Bearings, Glassy and Official, Stefan’s other stand-out video parts include a classic from the 2003 Habitat video Mosaic as well as parts in other Habitat films such as Origin (2010) and Search the Horizon (2013). He also won the Best Trick competition at the 2007 Tampa Pro.

Born in rural Vacaville, California on 18th July 1979, Stefan began skateboarding at the age of 13, either with the ten other skaters from the town or on his own on an asphalt country road. He was soon trying to copy Mike Carroll’s part in the Plan B video Virtual Reality, but it wasn’t until he moved to nearby Sacramento and devoted all his energies to skateboarding that he began to make a name for himself.

Since those early days, he has visited countries as varied as Spain, Mexico, Hong Kong and China in his never-ending search for amazing skate spots and relaxed vibes. He has a classically casual and spontaneous style, which he mixes to great effect with supreme switchstance skills, matchless trick selection and a creative eye. Nike SB heavy hitters test out the Hyperfeel XT in Barcelona.
7 years ago | by Matt Broadley Stefan Janoski discussing his part in SB Chronicles Vol. 1 - learning nollie cabs at the spot, slams, and finishing your part with a line.
7 years ago | by Matt Broadley Stefan Janoski: Nothing But the Truth Commentary

Fruitless trips to New York to find Gino, three wild months in Australia with Omar Salazar, and the beginning of his Nike experience.
7 years ago | by Matt Broadley 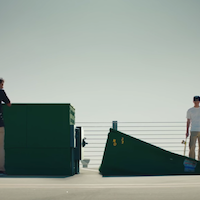 Watch Stefan Janoski bestowed with the ability to manipulate the physical world...
7 years ago | by Jan 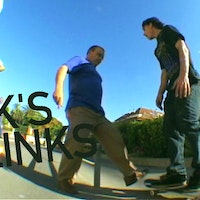 Straight from Wink's Links crates: tripping appleyard plus many more
7 years ago | by Matt Broadley Ishod Wair, Stefan Janoski and Brian Anderson session a car at the Nike SB Garage in New York
7 years ago | by Matt Broadley Wink's Links episode 4 – Winkle's crates with the Habitat boys in Barca.
7 years ago | by Matt Broadley 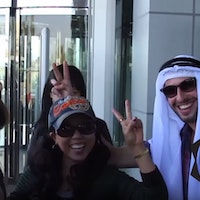 Five For Friday is a new feature where we share classic clips related to the week's video releases.
7 years ago | by Matt Broadley