Skater, filmmaker and artist Nick Jensen spent many years riding for UK-based Blueprint Skateboards, first featuring in the Build and Destroy promo in 2000. He went on to star in a series of videos for the company, including Waiting for the World (2000), First Broadcast (2001), and Belong Tour (2002), plus the full-length films Lost and Found (2005) and Make Friends With The Colour Blue (2010).

Following the departure of the entire Blueprint team in 2012, Nick formed the skate/art collective Isle Skateboards with old friend Paul Shier, and soon released a series of experimental films that proved that skating can be an art form unto itself. One of the most eye-catching films in the series was Left/Right, which featured Nick and teammate Tom Knox skating in synchronicity – their opposing stances allowed for some very interesting mirrored imagery.

Nick is a Londoner through-and-through, who has been a fixture on the skate scene ever since he was first allowed outside the family home on his own. Since then, he has put his distinctive stamp on spots all over the city, and it was no surprise when he was put on the Blueprint team in 1999.

Known for his ability to land a series of back-to-back-tricks, Nick currently rides an Isle 8.25” board, with Thunder high trucks and Spitfire 52mm wheels. He is also sponsored by Fourstar, Lakai (for whom he featured in the awesome Fully Flared in 2007), Slam City Skates, Extreme Sports and Object bolts.

Jacob Harris worked his magic once again and created this Pieces of Palestine video documenting the Isle team's trip to Palestine.
6 years ago | by Matt Broadley 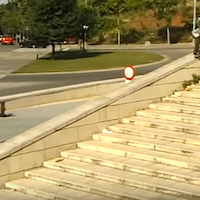 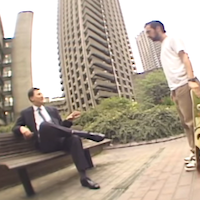 Blueprint: Waiting for the World

Blueprint's video, Waiting for the World, originally realeased 17 years ago in 2000 is now online in full.
6 years ago | by Matt Broadley Hold Tight Henry has blessed us with Prime Meridian - the Hold Tight London Autumn Supplement.
7 years ago | by Matt Broadley