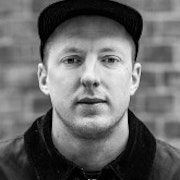 Brit Neil Smith is sponsored by Nike SB, Ricta Wheels, Mob Grip and Slam City Skates, and was part of the Blueprint Skateboards team from 2002 until 2012. He featured in Blueprint’s Belong Tour video from 2002, as well as the full-length videos Lost and Found (2005) and Make Friends WIth The Colour Blue (2010). He finally turned pro for the company in 2011, when a brand new part was released to coincide with his first board release.

Following the departure of the entire Blueprint team in 2012, Neil found himself a new seven-ply home at the National Skateboard Co. Soon after the move, he injured his foot when diving awkwardly into an East London bush, but he was still able to star alongside the rest of the National crew in the company’s first web promo in 2013.

Neil was born on 5th May 1985 in Essex, but has been based for a while now in nearby London. Over recent years he has earned a well-deserved reputation as one of the city’s greatest-ever skaters, due in no small part to his appearance in Slam City Skate’s grimy, London-set City of Rats, in which he featured in a shared part alongside Jerome Campbell.

Other videos in which Neil has featured include Into the Fall, an independent release from 2006, edited by Russ Cowling and also starring riders such as David Underwood and Jay Tate. He has also worked with Carhartt WIP, featuring in an impressive ad from 2005 and the Spektra compilation, released in 2008. 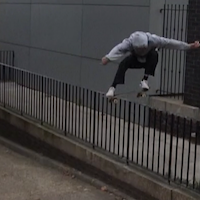 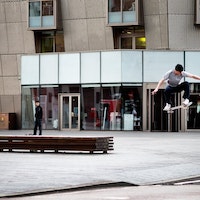 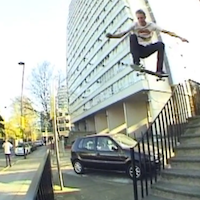 Slam City Skates recently got their hands on this Neil Smith part that, after being released in 2011, had disappeared from the internet.
6 years ago | by Matt Broadley

Unseen clips from trips to Poland, Paris, Barcelona and Cyprus.
6 years ago | by Matt Broadley Grey Blip - an ongoing project of commissioned or collaborative clips by Dan Magee and Company.
7 years ago | by Matt Broadley 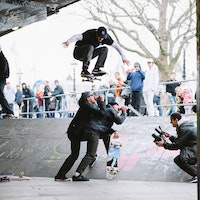 Have a flick through some of Maksim Kalanep's photos the Nike SB Chronicles 3 London premiere and Southbank Demo.
7 years ago | by Matt Broadley We mistakenly thought last week's episode of Josh Stewart's raw tapes was the last. Thankfully there's this 8 minute beast, and another next week too!