Italian Mauro Caruso is sponsored by Girl, Lakai, Blast Distribution and Fourstar. His biggest part to date has been in 2013’s Gold or Nothing with partner-in-crime Andrew Zolin, in conjunction with an interview for Kingpin – all the tricks were filmed over a 20-day period in Sicily, as the boys travelled around the island in a rented car.

Prior to Gold or Nothing, he had come to the attention of many skate watchers with a full part for Cliche Skateboards’ flow riders contest in 2010, filmed in Sicily and Portland, Oregon. Mauro certainly loves skating in Portland – he rides for Oregon-based skateshop Exit Real World, and spent much of October 2013 in the city, gathering footage for his forthcoming independent VX video, Fun While it Lasted.

24-year-old Mauro was born in the city of Catania on the Italian island of Sicily, and still lives nearby, in the medieval village of Motta S. Anastasia. He began skating at the age of 12, and was soon going out almost every day with his friends, choosing the courtyard of a group of abandoned condominiums as his warm-up spot, where he built a flat rail and a box.

Despite spending much of his time on the road, Mauro is Sicilian through and through, with his own miniramp on the family property back home. His style has evolved over recent years so now he tries to be as natural as possible, taking whatever the city can offer in his stride – as he says, ‘it’s the spot that makes the trick’. 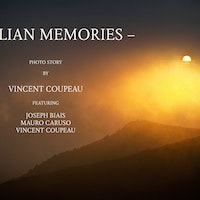 Pics and stories from Vincent Coupeau's Sicilian Memories exhibition – with Jospeph Biais, Mauro Caruso and the man himself.
7 years ago | by Jan 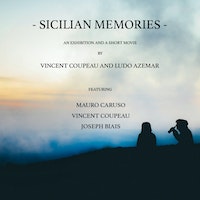 We Are Brudis: Lakai Germany & Italy Fraternizing In Sicily

Lakai Germany & Italy fraternizing under Sicilian sun.
8 years ago | by Will 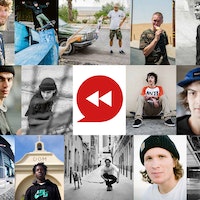 Some of the best in Europe pick out their favorite skate clip, song and funny/random video of 2014.
8 years ago | by Arthur Derrien 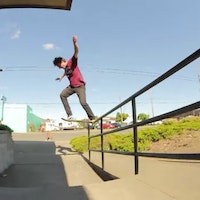 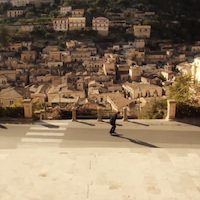 MUòRICA - Mauro Caruso and A Brief Glance in Modica

A different flavour of skate clip
9 years ago | by Will After Hours: A collection of skate photos shot all over Europe at...

After Hours: A collection of skate photos shot all over Europe at night.