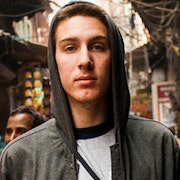 American Mark Suciu is sponsored by Habitat, adidas, San Francisco’s Atlas Skateshop, SML Wheels, Thunder Trucks and RVCA. He first came to the attention of the wider skating community in 2010, when his part featured in Habitat’s full-length Origin film, and he followed this up with a five-minute part tearing up the streets of Philadelphia in Sabotage Productions’ third full-length video, Sabotage3.

Since then, he has continued to make waves with an awesome part in the Atlas promo Cross Continental (which quickly became a viral sensation), and then probably his most incredible part to date – an eight-minute finale to the Habitat promo Search The Horizon. Also in 2013, he featured in the Caste Quality promo The Philadelphia Experiment, also starring riders such as Ishod Wair and Ricky Oyola.

Born in the northern Californian town of Saratoga, just south of San Francisco, Mark is now based across the country in Philadelphia – he says he was attracted to the city by its great skate scene and by Love Park, ‘one of the most classic, amazing and best skate spots in the world’.

Still only 21, he is a one-of-a-kind talent whose name is already synonymous with tough but smooth tricks linked together (backside overcrook to frontside 180, anyone?), and he has already produced more mindblowing parts than most pros produce in their entire career. In a short period of time, he has shaken up the scene with his raw, no-gimmicks street skating and it was no surprise when he finally turned pro for Habitat in 2013. Habitat Skatebooards have released all of Mark Suciu's raw footage from the Habitat & Thrasher collab video Search The Horizon.
5 years ago | by Matt Broadley

adidas Skateboarding travels to Japan for RŌZU. Follow as they explore the iconic urban setting in the Land of the Rising Sun from Toyko & beyond.
5 years ago | by Matt Broadley Mark discussing his sex life, how much he makes at adidas, touring with Fred Gall and a whole lot more...
5 years ago | by Matt Broadley 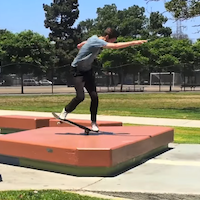 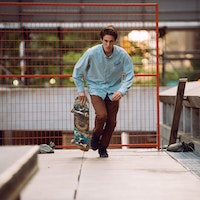 Mark talks skating vs. school, getting on Habitat, having a nightmare with his appendix, future plans and a whole lot more...
5 years ago | by Matt Broadley 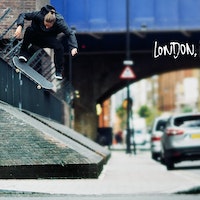 "adidas heads to London, where something is always going on. ‘London, Meantime’ showcases the global team in the fashion forward streets of the city"
5 years ago | by Matt Broadley 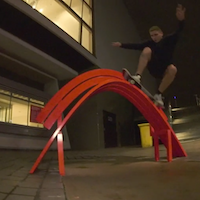 adidas Skateboarding presents London, Meantime. A snapshot of their time spent in one of skateboarding’s most illustrious cities. Video dropping, May 12th.
5 years ago | by Matt Broadley 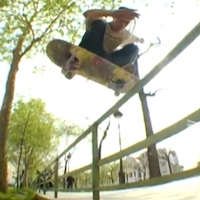