French skater Lucas Puig is part of the Cliché Skateboards company team and is a global pro for Adidas. He’s also sponsored by Fourstar, Thunder Trucks, Autobahn, Andale bearings, Toulouse’s Official skateshop and his own company, Hélas hats. He is featured in the second and third parts of EA’s Skate franchise and made the shortlist for the Kingpin Readers’ Choice European Skater Of The Year award in 2014.

Born on 23rd January 1987 in Toulouse, the city where he remains based to this day, Lucas has been a part of the Cliché fam since he was just 14. However, it was his part in Fully Flared at the age of 20 that really elevated Lucas to new heights, and ultimately launched his career on the world stage.

He’s remained his own man, choosing not to leave Toulouse despite the signature Adidas shoe and all the trappings of global skate stardom. In fact, he might just be living the perfect dream – controlling his skateboarding career on his own terms with just enough startling video parts while surrounding himself with family and friends. 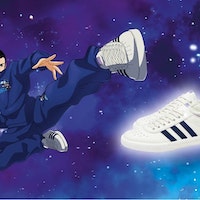 adidas team up with French skate brand Hélas to unveil a second limited edition collaboration.
5 years ago | by Matt Broadley

adidas Skateboarding travels to Japan for RŌZU. Follow as they explore the iconic urban setting in the Land of the Rising Sun from Toyko & beyond.
5 years ago | by Matt Broadley 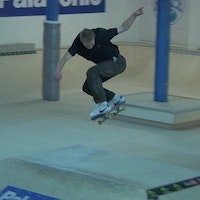 Palace Skateboards Radlands replica, Mwadlands, gets a good seeing to from the likes of Lucas Puig, Zered Bassett, Hugo Boserup & more
5 years ago | by Matt Broadley 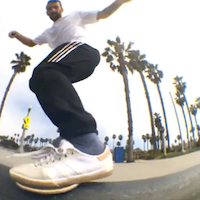 The Wall-Street boys Jérémie Daclin, Benny Gonsolin and Micka Plasse out on a Slappy mission
6 years ago | by Matt Broadley ‘Mid-City Merge’ showcases the adidas global team in the streets of L.A., giving you a glimpse into one of skateboarding’s most iconic urban backdrops.