After signing for Emerica Europe, he appeared in the company’s Wild in the Streets contest video from 2008, and also featured in RVCA’s Dick Moves tour video, released in 2010. With a string of epic video appearances, he also pops up in an LRG Europe welcome clip in 2012 and a full-length part for LRG x Supra in January 2014, to coincide with an interview in Kingpin issue 120.

Hailing from the Portuguese city of Lisbon, Helder grew up wanting to emulate riders such as Leo Romero, Andrew Reynolds and Bryan Herman. Over recent years, he has killed a long list of heavy European spots, leaving a continually expanding trail of destruction in his wake. In fact, his love of skateboarding is only matched by his love for talking – one of the friendliest skaters out there, he always has time to catch up with other skaters.

Always keen for a skate on whatever spot is available (‘everything that you can get yo’ roll on!’), he says his favourite parks are Lisbon’s Monsanto, the recently-closed Skatepark Amsterdam and Lake Forest, California. The word ‘big’ pretty much sums up what Helder is all about – he goes at every part he appears in with full-on power. 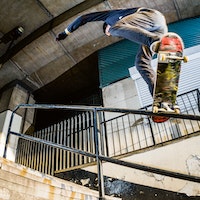 http://mpora.com/videos/AAdonzvxjamy The word BIG pretty much sums it all up. Helder Lima goes all out in this new full part for LRG x Supra. Killing and unbelievable amount of huge spots,...
9 years ago | by Will 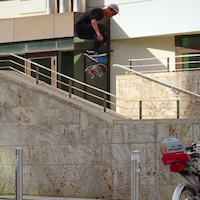 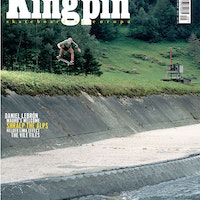 Interviews with Daniel Lebron and Kris Vile, a Madrid Scene article, a Carhartt WIP trip to the Alps with tons of Sylvain Tognelli, Mauro Caruso and the Lakai team...