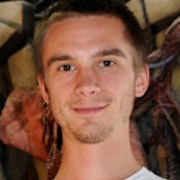 US pro skater Gilbert Crockett is part of Vans’ ‘Signature’ skate team, and is also sponsored by Alien Workshop boards, Richmond’s Venue skate shop, Independent trucks and Spitfire wheels. He is one of only six riders with his name on a Vans pro model shoe – the company released an ad in January 2014 which showcased the design of his first model, the Vans Crockett Pro.

Since breaking through in the independent film Whathadhappenwaz in 2006, his incredible skating ability has featured in videos such as Snacks (2006) and The Main Course (2007) for Venue skate store, and Fallen Footwear’s Ride The Sky in 2008. For Alien Workshop, he appeared in the 2011 web movie Life Splicing.

Gil was born on 23rd April 1989 in Richmond, Virginia. He got hooked on skating through one of his brother’s friends who showed him the classic Transworld video The Reason, and he started skating solo on the drive of his family’s house on little ledges and ramps built by his Dad. After hooking up with other skaters in the neighborhood, he spent two years in San Diego as a teenager, before moving back home.

Now based in California once again to concentrate on filming for Vans, Gil has developed into a unique skater, looking like no one else on the circuit today. Capable of getting some seriously next level pop, he has a fun and light-hearted approach to filming, while remaining seriously selective about his spots and tricks. 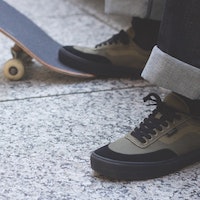 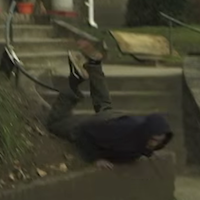 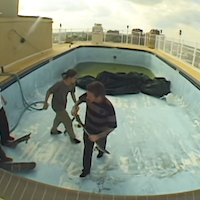 Will Rosenstock has uploaded some bonus footage from the Bust Crew video, Brick
7 years ago | by Matt Broadley 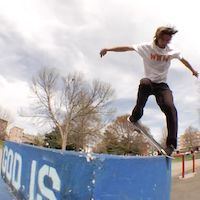 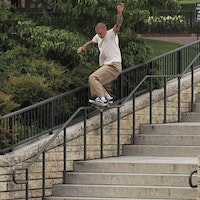 Couple of rad offcut clips from Bust Crew from their latest video, 'Brick'
7 years ago | by Matt Broadley 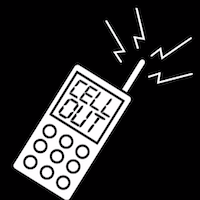 The latest installment in the enjoyable CELLOUT series.
7 years ago | by Matt Broadley