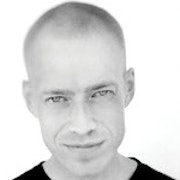 Erik J Pettersson skates for Swedish company Sweet Skateboards and is sponsored by junkyard.com, NikeSB & WeSC. After appearing in Pontus Alv’s Strongest of the Strange video in 2005, he made his debut for Sweet in 2006 in the tour video Sweet Vacation, and also featured in Sweets in 2008.

However, it was his part in 2010’s Sweet ‘n Sour, soundtracked by Lisa Ekdahl’s ‘Give Me That Slow Knowing Smile’ which really made his name, and he built on that with a stand-out part in Sweet’s 2011 full-length film Sour, this time backed by ‘Chickenhead’ by Project Pat featuring La Chat & Three 6 Mafia.

Born in Trollhättan, Sweden, Erik (or just ‘EJP’) has taken care to keep his career low-key, taking his time to perfect his skating and has avoided branding his name on a board for as long as possible. After securing a loan from the Swedish government to study abroad, he has been based in Barcelona, Spain since 2002 where he spends much of his time with Sk8mafia’s Javier Sarmiento, skating, playing and listening to flamenco and drinking beers at local bars. He now speaks Spanish and Catalan fluently.

Riding a flat-tailed 8.25” Sweet board with Independent trucks, Sweet 51mm wheels and Mob griptape, Erik’s creative style, always looking for new ideas, angles and spots, is a perfect complement to Sarmiento’s more technical and solid approach. Their shared part in the SweetMafia video STEE, released in 2013, was quickly hailed as the most impressive of the entire film. 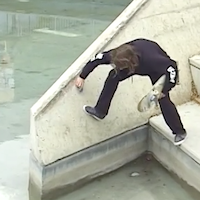 Six minutes of raw shredding from the recently crowned European Brand of the Year, enjoy.
6 years ago | by Matt Broadley 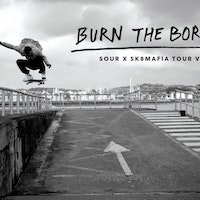 Earlier in the summer Sour x Sk8mafia joined forces to travel through Spain and France on the Burn the Borders tour, a sentiment we can all get behind
6 years ago | by Matt Broadley 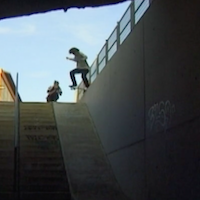 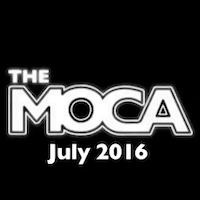