Over the last decade, Brit Danny Brady has picked up sponsorship deals with Blueprint, Palace, Scene Preston, Lakai, Venture and Matix. Representing Blueprint, he popped up in a pretty sick Nokia ad in 2010 manoeuvering his way around a suburban computer game, and also featured in the polished and tightly edited full-length films Lost and Found in 2005 and Make Friends With the Colour Blue in 2010.

However, in June 2013, after Blueprint shifted its focus following a change in ownership, British imprint Palace, run by Danny’s roommate Lev Tanju, announced that Danny and Benny Fairfax had joined their team. The pair’s welcome video used low-fidelity skate footage mixed with a collage of VHS-quality news clips and rap battles, and Danny also appeared in a video part for the company at the end of the year.

Although hailing from the northern town of Blackpool, for many years Danny has been based in London, the city – along with New York – that he describes as the best in the world for skating. He grew up admiring the skating of riders such as Tim O’Connor, and was picked up by Blueprint, his first sponsor, in 2002.

His parts are always different and appealing because of his ability to skate pretty much whatever he comes across. He has a precise control that could perhaps only come from an Brit, and is one of very few skaters around who can marry speed with smoothness and an obvious love for the sport. 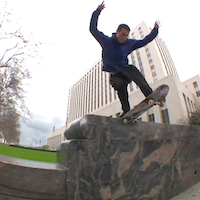 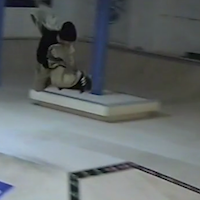 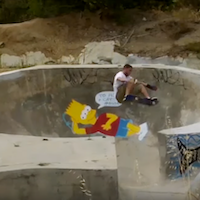 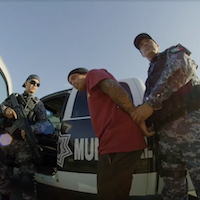 Here it is, the official trailer for the upcoming Lakai video, The Flare
5 years ago | by Matt Broadley Riley Hawk and Danny Brady: Return of the Flare

Daniel Policelli provides the hype for the upcoming Lakai video.
6 years ago | by Matt Broadley Danny Brady for the Lakai Salford

Danny Brady went out for a day in Manchester to give the Lakai Salford a wear test.
6 years ago | by Matt Broadley 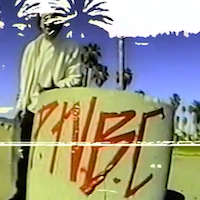