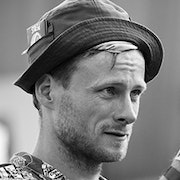 American skater Dallas Rockvam hit the scene with a bang in 2006, when he made his pro debut in in the Element Skateboards video Elementality: Volume 2. The following year, he starred in Element’s This is My Element, alongside riders such as Chad Muska and Bam Margera, but he left the company shortly after following a dispute over filming techniques.

In his own words, he now rides for ‘some bums called Antiz, some drunks called Perus Wheels and Independent trucks, and possibly Nike flow’. For Antiz, he starred in OAF (“Occasional Antiz Flashback”) in 2011, X Years in 2012 and the ‘Portfolio’ clip with Samu Karvonen, Remy Taveira, Gabriel Engelke and Julian Furones in 2013.

Dallas grew up in Sioux City, Iowa, but moved with friends Chris Trieber and Jedediah Edwards to California to further his skateboarding career. After his time with Element, he decided to take the plunge and move to Europe, first to Barcelona, then Latvia, Austria, Finland, Sweden, Denmark and Germany. All his travelling paid off – when he joined Antiz in 2011, he was the Lyon-based company’s first non-European rider.

Dallas turned pro with huge style and an incredible arsenal of tricks, including a 30-stair feeble grind, and has been impressing onlookers ever since. A super nice and sincere guy, his skating has undoubtedly benefited from his move to Europe, where he has not only been able to hook up with talents such as Madars Apse, but where he also met his future wife, Maria. 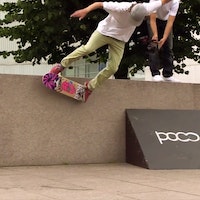 The best of the action over at Helsinki's infamous HELride 2016 skate extravaganza – your first lot of HELride recaps.
7 years ago | by Matt Broadley Ashes Griptape present Whataboutwhatabout? - a montage from Barcelona 2014
7 years ago | by Jan

Dallas Rockvam sent through his super 8 postcard from his Morocco trip with the Antiz guys.
7 years ago | by Matt Broadley 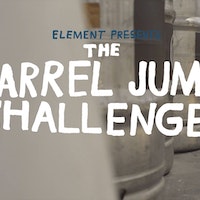 During this week's Bright Tradeshow Element held a barrel jump challenge - the concept was simple, whoever jumped the most barrels won €3000
7 years ago | by Matt Broadley 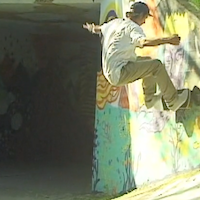 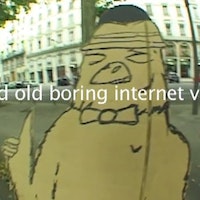 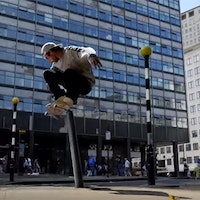 A few rad pole jams in GIF form...
7 years ago | by Matt Broadley 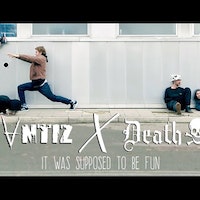 Back in the Winter of 2013 Antiz and Death took a trip through Eastern Europe and it wasn't plain sailing...
7 years ago | by Jan There when you need them…