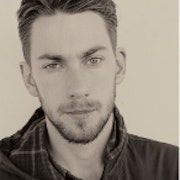 In August 2013, Welshman Chris Jones became an official part of SML Wheels, the company owned and operated by skaters including James Craig and Austyn Gillette, and starred in a lo-fi welcome video edited by Mike O’Shea and set in spots and parks in Stockwell, London and Thailand. As well as SML Wheels, Chris is currently sponsored by Isle, Lost Art, and Nike.

Among his work for Isle includes Stop/Start, the third in the company’s series of exclusive skate films, which was filmed over two days in Wales and London. The film, released in 2013, was shot using Super 8 film to convey the actions of Chris’s skateboarding as well as his recent relocation from his hometown to London.

Chris hails from Coychurch, a small village near the Welsh town of Bridgend. His first proper video appearance was in 2010’s Summer Tour video from south Wales bad boys Crayon, which also featured skaters such as Barney Page and James Coyle, and he turned pro for the company in June 2011. His section with Coyle for Crayon’s full-length video Five Years, featuring cameos from Dylan Hughes and Caradog, hit the web in 2013.

His current set-up is an Isle 8” board, 50mm SML Wheels and Independent low trucks. Although riding with a relaxed style, Chris looks as though he could explode at any time – for proof, check out his appearance in Jacob Harris’s 2013 video Eleventh Hour, also featuring Arthur Derrien, Kevin Lowry, Luka Pinto and Sylvain Tognelli. Hectic is a film by Will Miles for Grey documenting a trip to Cape Town, South Africa this January with Nike SB.
5 years ago | by Matt Broadley 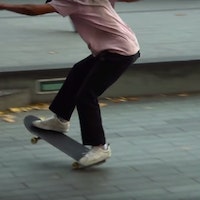 Aye is the latest Grey x Nike SB UK edit and a definite must watch!
6 years ago | by Jan 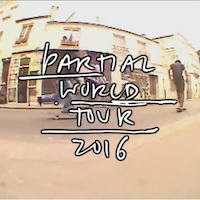 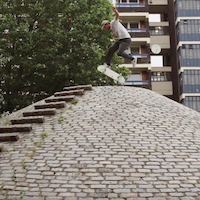 Grey Blip - an ongoing project of commissioned or collaborative clips by Dan Magee and Company.