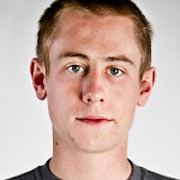 25-year-old American pro Brandon Westgate is sponsored by Emerica, Venture, Ricta, CCS, Zoo York, Bones Bearings and Mob Grip. His most recent video project was 2013’s full-length Made: Chapter One film for Emerica, edited by Jon Miner and also featuring Collin Provost, Jeremy Leabres and Leo Romero. Since breaking onto the scene in 2004, his parts have also featured in films for Zoo York, Volcom, 5Boro and Thrasher.

He is also works closely with Emerica’s chief footwear designer August Benzien on his own range of signature shoes – the latest model, a low-top called simply The Westgate, is one of the company’s most popular products, with a lightweight, flexible sole and colourways chosen by Brandon himself.

Born on 15th February 1989 in Wareham, Massachusetts, Brandon began skating at the age of 11 in the drive of his family’s house on a simple little box and flat bar, and later at Skater Island skate park in Rhode Island. Although things have undoubtedly progressed from there, skating remains simple and fun for him, as he stays true to his early inspirations such as the legendary Mark Gonzales and Blind’s 1991 release Video Days.

Brandon has the complete package, able to bust big, tech tricks left, right and centre with a beautiful, smooth style. His part in Made, which included an incredible bump to tailslide kickflip, was well received, and led to a nomination for Thrasher Magazine’s 2013 Skater Of The Year award. 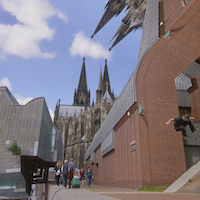 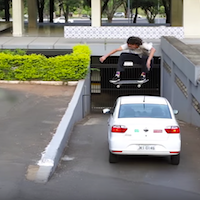 Element have uploaded their New World Element tour as one full video. Hit play to catch the boys shredding in Europe, Brazil, Japan and Australia.
6 years ago | by Matt Broadley 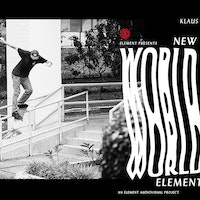 Every skaters' favourite farmer, Brandon Westgate, quizzed by Route One.
6 years ago | by Jan 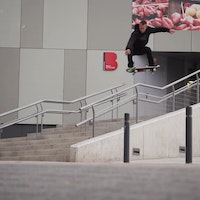 Brandon Westgate: always juicy – in harvesting bangers or cranberries
7 years ago | by admin Going Against the Grain | 5 Up Rail Grinds

A post dedicated to grinding up rails.
7 years ago | by Matt Broadley 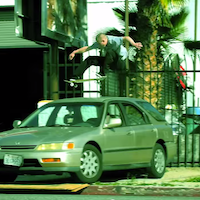 Brandon Westgate has a new shoe out for Emerica, the Westgate CC.
7 years ago | by Matt Broadley 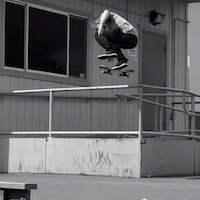 After a fair bit of speculation regarding his future, Brandon Westgate has left Zoo York and joined Element.
7 years ago | by Will 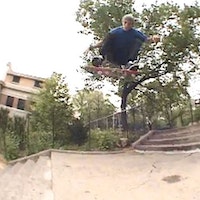