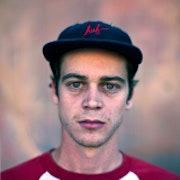 American Brad Cromer is a pro for the Krooked Skateboards team, and is also sponsored by HUF Footwear, Brixton, Florida’s Shred Shed Skateshop, Spitfire and Thunder. Perhaps the highlight of his career so far has been his parts in his own independent video Lo-Fi presented by Krooked Video, released in 2012 and also featuring Brendan Carroll, Joey Ragali, Jonathan Ettman and Pang.

Ben was born on 9th July 1987 in Palm Beach Gardens, Florida. After first picking up a board, he learnt what skateboarding was all about from videos such as Maple’s Black Cat and Zero’s Misled Youth (both from 1999) and Alien Workshop’s Photosynthesis (from 2000), as well as old 411s and ON videos. His current boss at Krooked Mark Gonzales was also a big inspiration.

Ben’s snap abilities are incredible, but he always keeps it calm and smooth, as demonstrated by his impressive pro part for Krooked, edited by Dan Wolfe. The company’s fun, low-budget vibe suits Ben well – he says that the funniest trip he has ever been on was for Naugty, which was filmed entirely on digi-cams by Sam Salganik. Brad Cromer gets in one last session at the old Cherry Park.
8 years ago | by Matt Broadley 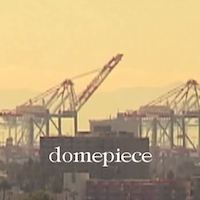 Domepiece is a B-Side edit to the recent Transworld video, Headcleaner.
8 years ago | by Matt Broadley 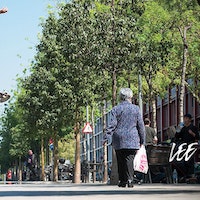 Lee Yankou's section from the Transworld video, Outliers.
8 years ago | by Matt Broadley 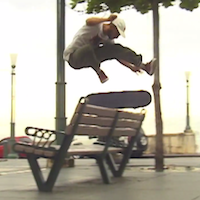 Brixton in Puerto Rico
8 years ago | by Matt Broadley 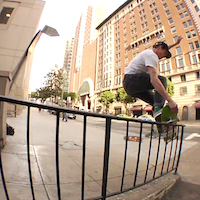 Escapist x Krooked: Bobby Worrest, Brad Cromer and the rest of the... 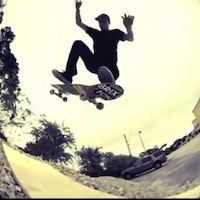