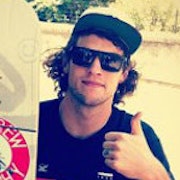 Aussie Andrew Brophy is sponsored by Cliche Skateboards, Fourstar Clothing, Momentum, Grizzly Grip, Huf and Etnies. He made his name in 2008, the same year he turned pro for Cliche, when he dropped a gnarly last part in Cliche’s Clé: A Live And Unplugged Video. He’s also popped up in ads for DVS Shoes, Cliche’s Impact series of boards, Fourstar and Venture Trucks.

In 2013, he put his name to the first ‘Long Live Southbank’ (LLSB) skateboard from Cliche, with all proceeds going back into the campaign dedicated to the preservation of the historic Southbank Undercroft. The board presents the historical importance of the iconic space in a montage of photographs and includes the LLSB logo.

Born on 1st November 1985, Andrew hails from Margaret River, Western Australia, a small town with killer surf and a great skate park. As a young skater, he looked up to stars such as Andrew Reynolds, Eric Koston, Keith Hufnagel and Brian Anderson, and he moved to the UK as soon as he could where he worked at the legendary Slam City Skates in London. After a stint in West Hollywood, California with his Aussie wife, he is now based in Melbourne.

Andrew is a large man with a massive variety of big tricks and underrated style on the board. However, he is most famous for his crazy mega-snap abilities – he says that the secret to his incredible ollie is to approach it as fast as possible (‘it makes falling over easier’). 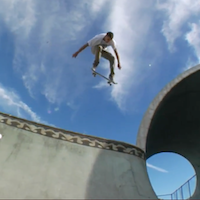 Andrew Brophy: Bloke So Nice, We Sponsored Him Twice

Crailtap have released this compilation of the newest addition to the Girl Skateboards team, Andrew Brophy
6 years ago | by Matt Broadley Girls Skateboards welcomes... Andrew Brophy. "A bloke so nice we sponsored him twice".
6 years ago | by Matt Broadley 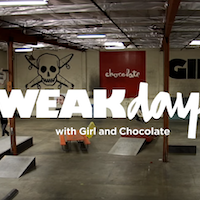 Session on at the Crailtap TF.
6 years ago | by Matt Broadley 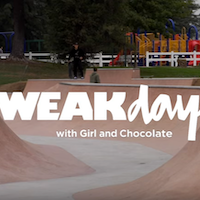 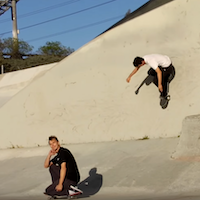 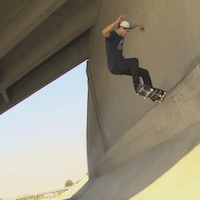 Following the sad demise of Cliché Skateboards, Andrew Brophy is - to borrow a football, ahem, cliché - in the shop window.