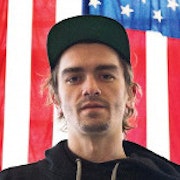 Am skater Aaron Herrington is supported by Huf, Dickies, Venture, DQM and SML Wheels, and is also the only American rider on the Polar Skate Co. team. He began his career with Plan B flow and Silver flow, and then moved on to Blood Wizard and Cruz skateshop, for whom he featured in the Cruz San Francisco promo in 2010.

Shortly after his move to Polar in 2012, he featured in a promo for the company, and has also appeared in an impressive ad for SML Wheels. Coming soon is a completed section in the highly anticipated East Coast Josh Stewart epic, Static IV.

Aaron was born in Corvallis, Oregon, a college town where the skate scene revolved mostly around the local skatepark and the mellow campus of Oregon State University, mixed in with trips to Portland and Eugene. For his nineteenth birthday, Aaron’s mum bought him a place ticket to San Francisco to help him ‘make it’ as a skateboarder, and he stayed in the city for three years before moving across country to New York City.

With some solid skills and good trick selection, Aaron is one of the most exciting of today’s new breed of skaters. His creative, quick-footed parts show he has an eye for unridden spots that most people wouldn’t even think about – Polar teammate Pontus Alv describes him as a ‘professional lurker’, someone who loves the excitement of not knowing what hides behinds the next corner. 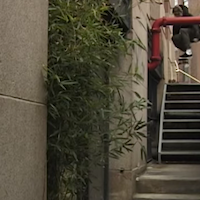 Elkin Raw Tapes Episode 8 takes place in the spring of 2012. There's a a really eclectic mix of personalities & almost a full Aaron Herrington part...
5 years ago | by Matt Broadley 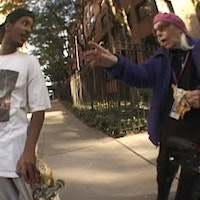 Elkin's Tapes is back for episode 6, we'll also be sharing episode 5 in this post as we managed to miss it over the New Year period. Enjoy.
5 years ago | by Matt Broadley 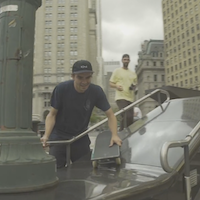 Back to the Feature: Aaron Herrington 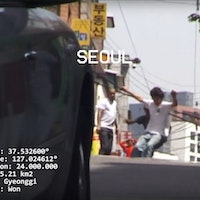 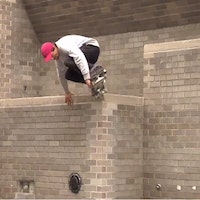 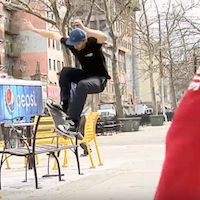 Rose is the Apple of My Eye

A really interesting 5 minute clip to accompany the Pep Kim and Aaron Herrington photo zine, Rose is the Apple of My Eye.
7 years ago | by Matt Broadley 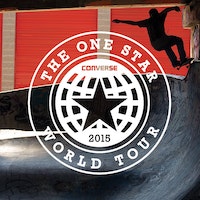 The Converse One Star World Tour in full