In 2006 skatepark manager William Frederiksen, filmer/photographer Simon Weyhe and radio host Camilla Jane Lea decided it was time for a decent core skateboard event in Copenhagen, Denmark. They joined forces with Gabe Clement and the Skatepark of Tampa/Spotlight crew and the CPH PRO was born the following year.

From humble beginnings, when the entrants were mainly European and Brazilian, to more recent editions which have featured some of the world’s biggest skateboarding stars, the CPH PRO became one of the best attended and most hazardous events going. However, it always remained true to its origins, run by volunteers and staying resolutely non-profit.

The competition was held each year in June or July at the indoor Copenhagen Skatepark with a new street course designed for each edition by Brent Kronmueller and Travis Burke. However, in 2013, organisers announced that that year’s event, the seventh edition, would also be the last as they wanted ‘to create a new adventure for skateboarding’. The final CPH PRO champion was Australian Shane O’Neill, with Luan Oliveira from Brazil finishing a close second, and American Sean Malto smoothly skating his way into third.

The street contest may have taken centre stage in 2013 but, as normal, there were a raft of dangerous side-events like Best Trick Over the Birthday Cake (won by Diego Fiorese), and the infamous ‘death race’, won by Taylor Bingaman. There was certainly a little bit of good-natured Danish chaos at every turn at the CPH PRO. 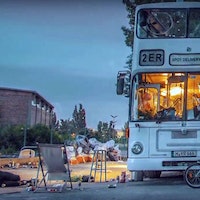 2er’s double decker bus delivering A-1 DIY spots along the road.
9 years ago | by Joe Coward 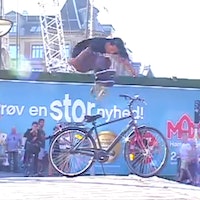 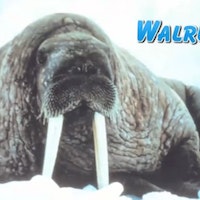 The lightfooted beast remixed
9 years ago | by Arthur Derrien 9 years ago | by Anders Lund 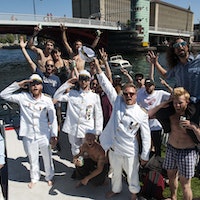 Over the course of the summer 2013, Levi’s® organized a series of events at various European skate shops to launch the new Levi’s® Skateboarding Collection and to celebrate skateboarding in...
10 years ago | by Arthur Derrien A week in Denmark with JP Villa and the Flumers boys.

A good excuse to watch the old Flumers vids.
10 years ago | by Anders Lund 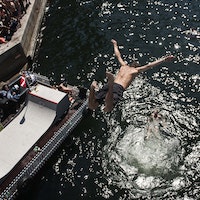 This must have been one of the best Sundays in the history of Copenhagen. Starting out with a cruise with a bunch of skateboarders poppin’ champagne, meeting a mini ramp...
10 years ago | by Arthur Derrien “The Global Launch of Levi's® Skateboarding Collection at CPH PRO“

What went down.
10 years ago | by Arthur Derrien 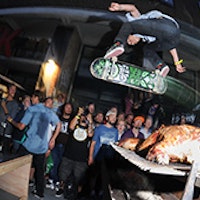 Plus CPH Pro's "Music and Skateboarding" clip with Guy Mariano and Ty Evans.
10 years ago | by Jan