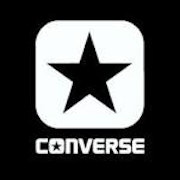 On 18th May 2013, Converse took over a dilapidated section of industrial docklands in Barcelona to create the first CONS Space, an initiative to reinvigorate disused urban space through skateboarding. Converse said that CONS SPACE 001 BCN would be the first in a series of events ‘to unleash urban creativity by uniting the worlds of music, art, skate and style’.

The second edition, CONS SPACE 002 BLN, took place over a two-week period in October 2013 in the vibrant Friedrichshain-Kreuzberg area of Berlin. Three floors of a vacant textile factory were transformed by local artists into a exhibition and performance space, where Berlin locals enjoyed skate sessions featuring Converse skaters including Mike Anderson, Jason Jessee and Kenny Anderson.

A core element of the second CONS Space was a creative studio and gallery space curated by Hallenkunst, a Berlin-based artists collective united by their love for skate. The event also featured sculptor Roberto Cuellar’s unique Skate Lab, plus a variety of special events, performances and creative showcases across a gallery, hang out areas and outdoor cinema.