Slam City Skates, which has been serving the UK skate community since 1986, describes itself as the ‘best skate shop in the world’. Rising out of the punk rock community based at the Rough Trade record store on the Portobello Road in London, Slam has become one of the main focal points for British skateboarding.

Now based in a Phil Frost-painted shop in Covent Garden, Slam offers some of the best products, including hardware, shoes, clothing and accessories, in the London area. Many of the sport’s biggest names have passed through its doors, and some have even worked behind the counter before going out to skate at the end of the working day. A second Slam store in east London opened in March 2013.

A film called City of Rats, directed by Henry Edwards-Wood, was released in 2011 to coincide with the company’s 25th anniversary. The promo featured members of the Slam family such as Nick Jensen, Neil Smith and Andrew Brophy, and was filmed predominantly on the streets of London. The team currently include Swedish star Pontus Alv, who joined in December 2013. 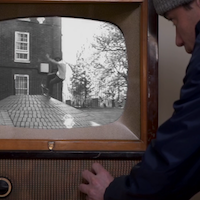 Check out some unseen Olly Todd footage in this new clip for Diamond Footwear. Filmed by Mark Jackson with Palasonic offcuts from Adam Todhunter.
6 years ago | by Matt Broadley 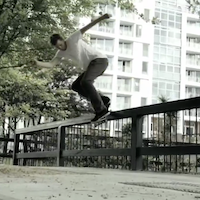 Via the Long Live Southbank campaign, Henry Edwards-Wood has made his full length video ‘City of Rats’, for London’s Slam City Skates, available online. LLSB have posted up Part 1...
9 years ago | by Arthur Derrien 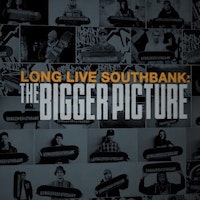 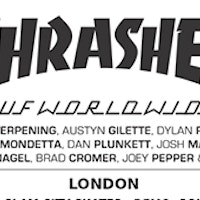 HUF Footwear signing and demo in London on the 20th of August. London!
9 years ago | by Arthur Derrien http://vimeo.com/71301172 Luka’s a laid back cat and that really shows through in his skating, long lines, fun, skids, night skating, you wait until you’ve seen the full part! Here’s the final...