RVCA (pronounced ‘roo-kuh’) is a clothing company based in Costa Mesa, California. It was started in 2001 by Pat Tenore and pro surfer Conan Hayes, who was formerly involved with San Diego-based surf/skate apparel company Seventeen. RVCA was bought by the Australian giant Billabong in July 2010.

Part if its launch line, called Transition One, was a limited-edition series of T-shirts featuring artwork from musicians and professional athletes like skateboarder Ed Templeton, and since then the brand has gone from strength to strength. It not only sponsors a skate and surf team, but is also heavily involved with music and the street art scene – among the artists it sponsors as part of its Artist Network Program is San Francisco pro skater Tommy Guerrero.

Its skate team features a number of riders who have more in their armoury than just their moves on a skateboard, such as guitarist Charles Collet, multiple instrumentalist Josh Harmony and artist Kevin ‘Spanky’ Long. Other RVCA riders include Californian favourites Julian Davidson, Mark Suciu and Nestor Judkins and Canadian Keegan Sauder.

Since its formation, RVCA has released a couple of notable videos – a ten-minute promo from 2009 with a soundtrack featuring the Velvet Underground, Janis Joplin and AC/DC, and the Dick Moves tour film from 2010, starring Collet, Long and Judkins among others. Its latest skating short, edited by Jimmy James and also featuring Kalani David and Shane Borland, was part of the RVCAloha series, which documented a six-week stay on the north shore of Hawaii. Stay in school, kids.
6 years ago | by Matt Broadley 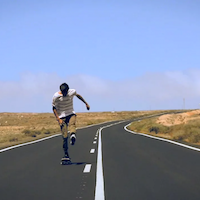 A short film by Dani Millan featuring RVCA's Octavio Barrera about how skateboarding & traveling come as the perfect mix for creation.
6 years ago | by Jan 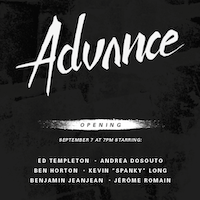 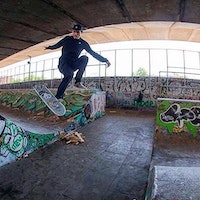 enjoi's Norwegian representative Didrik Galasso's Video Check Out for TransWorld. Plenty to enjoy (excuse the pun) in this one!
7 years ago | by Matt Broadley Didrik Galasso has compiled some of his Instagram video from this year into one dope little edit.
7 years ago | by Matt Broadley 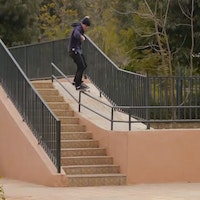 A little context to the week's video releases.
7 years ago | by Matt Broadley 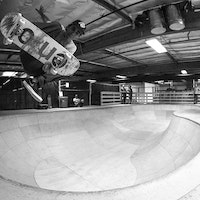 Didrik Galasso at the RVCA Bowl

Didrik Galasso is currently spending a bit of time Stateside, he recently hit up the RVCA bowl and filmed this quick little clip with Brandon Jensen.
7 years ago | by Matt Broadley 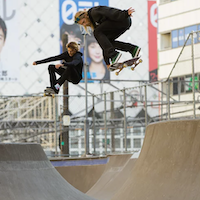