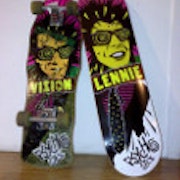 German company Radio Skateboards was founded in Berlin Kreuzberg in 2003. With its distinctive philosophy of democracy, simplicity, individualism and a total enthusiasm for skateboarding, the company has made its way onto the German and international skateboard and fashion markets, and become a leading brand for all ages within the street culture scene.

Radio is represented by a team of skateboarders that are famous around Europe for their individuality and creative ability – Lennie Burmeister, Maxim Rosenbauer, Nino Ullman, Collin McLean, Vincenz Golly, Flo Bode Hammer, Till Kemner and Octavio Trindade. Also in the team is Valeri Rosomako, well-known for his part in the independent film 20,000 Leagues under the Sea, shot in Berlin between 2010 and 2012 and also featuring riders such as Hannes Schilling and Sylvain Tognelli.

Radio emerged victorious from ‘The Drive’ contest for 2012, organised by Kingpin magazine. Five of Europe’s top teams – Radio, Superdead, Sweet Skateboards, Perus and CRV WKD – went head-to-head in the competition which featured eight days of challenges, stupidity and skateboarding around Europe. At the contest’s final stop in Helsinki, Radio were awarded the first prize of €2000 for doing what they do best – skating like demons, partying hard, and having a ball!

The company offers well-made, basic, casual clothing such as T-shirts, hoodies and beanies, as well as hardware featuring unique designs at moderate prices. The four ‘pro models’ in the Radio range are Rosenbauer’s Buggles-influenced ‘No.1 Hit’, Rosomako’s ‘Circus’, and the ‘Psycostick’ and ‘Harald’ endorsed by Burmeister. 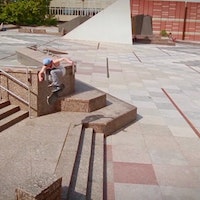 Radio Skateboards present their full-length video, Late But Short
7 years ago | by Jan 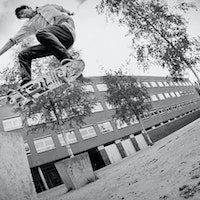 German company Radio Skateboards was founded in Berlin Kreuzberg in 2003. With its distinctive philosophy of democracy, simplicity, individualism and a total enthusiasm for skateboarding, the company has made its...
8 years ago | by Jan 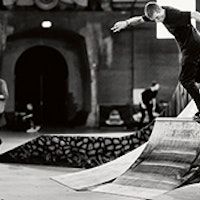 + the highlights edit of my favorite edition and tons of info about Paris!
10 years ago | by Arthur Derrien 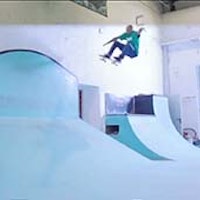 The Radio boys at Berlin's Betonhausen. 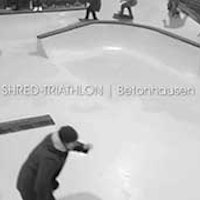 This thing is impossible to skate.
10 years ago | by admin

The Drive: THE VOTE

The Drive Votes Now Live
10 years ago | by Alex We thought it might be a good idea if you had the chance to see exactly what we were asking the guys on The Drive to get up to.