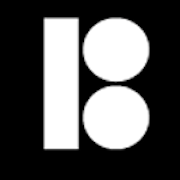 Back in the early 90s, H-Street manager Mike Ternasky wanted to provide an alternative to the big corporations who were dominating the skate industry at the time, and his plan for a small rider-driven company took shape in the form of Plan B, which he founded in 1991. Before long, he had assembled one of the most dominant teams in the history of the sport, including legendary names such as Pat Duffy and Rodney Mullen.

However, in 1994, after Mike’s death in a car accident, the Plan B name seemed destined for the history books, and it was not until 2005 that founding team members Danny Way and Colin McKay relaunched the brand with their own version of the super team and a dream to continue the legacy of Plan B.

Since its rebirth, Plan B has gone from strength to strength, and has once again become a leader in the skateboard industry, selling decks, wheels and clothing from its base in Irvine, California. The Plan B team is now once again one of the most elite in the world, featuring Way, Duffy and McKay as well as pros Ryan Sheckler, PJ Ladd, Torey Pudwill, Felipe Gustavo, and ams Trevor McClung and Scott Decenzo.

Plan B’s original platform was a series of groundbreaking videos that showcased the most progressive skateboarding the world had ever seen, including what many consider to be the best skate video of all time, 1992’s Questionable. Other notable videos from the Ternasky era include Virtual Reality (1993) and Second Hand Smoke from 1994.

View More Plan B
4 years ago | by Matt Broadley 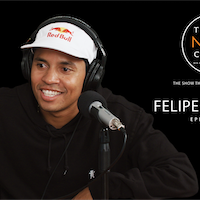 Felipe Gustavo discusses learning to speak English through movies and music, his dream to skate for Plan B, getting arrested for skateboarding and more
4 years ago | by Matt Broadley 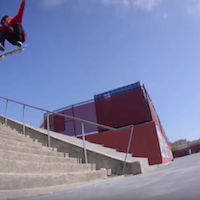 How many years do you give it before Chris Joslin can't walk anymore?
5 years ago | by admin Going Against the Grain | 5 Up Rail Grinds

A post dedicated to grinding up rails.
6 years ago | by Matt Broadley With the race for SOTY well and truly underway, Torey Pudwill throws his Red Bull hat into the ring with this rather ridiculous part.
6 years ago | by Arthur Derrien 6 years ago | by Arthur Derrien 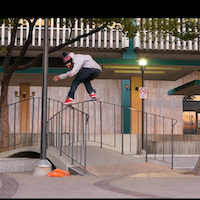 7 years ago | by Curtis O'Dell 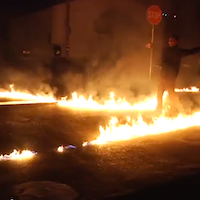 http://www.youtube.com/watch?v=ZKoL2FIBlI8 So Plan B have finally released a trailer for their full video supposedly dropping this year. It’s been so long since a video was first announced it was almost as...
8 years ago | by Deeli 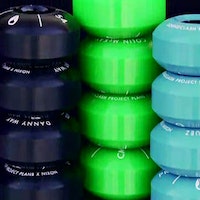 Nixon and Plan B launch a collaboration series of boards and wheels to match the mobile speakers.
10 years ago | by Deeli Plan B One Year United

It's been a busy year at the Plan B camp, obviously.
10 years ago | by Alex