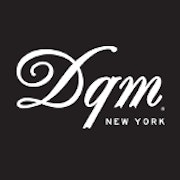 The first DQM shop was founded by New Yorker and professional skateboarder Chris Keefe in 2003 on a nondescript street in Manhattan’s Bowery district with just twenty styles of sneakers, a few skateboards and five styles of house brand t-shirts on the shelves. However, since those humble beginnings, it has become one of the world’s leading streetwear brands.

Keeffe and his team, including lead designer Tashi Stricker, have grown the range from those first few T-shirts to a complete menswear line including premium cut and sew woven shirts, trousers, jackets and accessories. Over the ten years of its existence, the company has also worked regularly with New York City’s up and coming designers and photographers as well as well-known companies such as Girl Skateboards, Nike, Adidas, G-Shock and Oakley.

Having celebrated its tenth anniversary, DQM is one of the oldest independently-owned skate shops in the US, and is still going from strength to strength. Its success has even lead to a fully-fledged skate team featuring Keith Denley, Brian Clarke, Brian Delatorre, Dustin Eggeling, Gino Iannucci, Richard Quintero, Curtis Rapp, Aaron Herrington, Scott Johnston and Lee Smith. 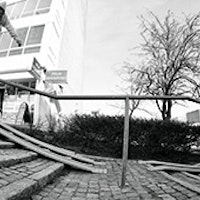 “I feel we’re all part of an Eastern Exposure kind of thing; but in 2013”
8 years ago | by Arthur Derrien Watch out for Polar's Aaron Herrington.
10 years ago | by Deeli Chaz Fernandez up in flames.