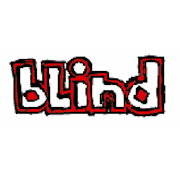 Blind Skateboards, based in Los Angeles, California, was founded by skater Mark Gonzales in 1989 as part of the World Industries distribution company. Gonzales left the company in 1992 to start ATM Click with John Falahee and today Blind continues under the ownership of Dwindle Distribution, making some of the best quality skateboard decks, wheels and apparel around.

Blind released its first video, Video Days, in 1991, with full-length parts from Gonzales, Mariano, Richter, Lee and Rudy Johnson – filmed and directed by Spike Jonze, it has become one of the most influential skateboarding videos of all time. The following year saw the release of Tim and Henry’s Pack of Lies, starring Tim Gavin and Henry Sanchez.

In 2005, Blind launched What If?, its first full-length video in over a decade, edited and directed by Bill Weiss and Dennis Martin, and this was followed by The Blind Video (2009) and This Is Not a Test (2011), featuring Blind’s full roster of am riders. The company’s latest release is 2013’s Damn…, a full-length film by Weiss and Mike Manzoori.

Dwindle does Europe! Check out episodes #1 & #2 to see what Flo Mirtain, Wieger Van Wageningen, Chris Haslam and the boys got up to
4 years ago | by Matt Broadley Car 13 ripper Sam Beckett shredding at Leo's Bowl and the Monster ramp in this new clip for Blind.
5 years ago | by Matt Broadley Watch Blind pro, Sam Beckett, take on all terrain in his IOU section.
5 years ago | by Jan 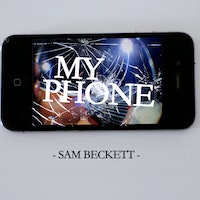 An interview with Ronnie Creager about his new company

We caught up with Ronnie Creager to ask a few questions about his new company, High School Dropout.
7 years ago | by Joe Coward The living legend Chops, creator of one of the finest things to come out of skateboarding in the internet age: ‘The Chrome Ball Incident’ blog, has managed to track down Kris Markovich...
7 years ago | by Arthur Derrien