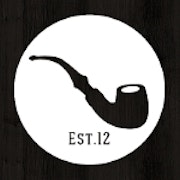 Based in Lyon, the Blaze Supply Company is a lifestyle, music and skateboard brand, providing quality decks, fine clothing such as T-shirts, sweatwear and headgear, and accessories since February 2012. Skater owned and operated, it represents a partnership and friendship between the Brazilian and French skateboard communities, and is inspired by both country’s urban and skateboard cultures.

There are a number of signature decks in Blaze Supply’s range, including Marfaing’s ‘Totem’, JP Villa’s ‘Pipe’, ‘Get Fuggy’ and ‘Melon’, and the ‘Sloth’ and ‘Calumet’, both endorsed by Giret. Also available are a series of classic team decks, plus clothing and wheels from Honey Pot, Starter caps and a toolkit from Mabasi Labs.

The company’s video offerings so far include shorts introducing their riders, two episodes of the ‘Twisted Tapes’ series featuring Bertolucci and Pellegrin, and a JP Villa promo filmed in Lyon and Barcelona by Aristide Bruchon and Daniel Galli. There are also two short tour videos – the company’s Brazilian team in Rio de Janeiro and the French team on the streets of Barcelona, Zaragoza, San Sebastian, Bayonne, Toulouse and Amsterdam.