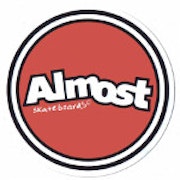 ‘Have fun and think different’ – Almost Skateboards’ mission statement sums up what the company is all about. Almost (or, to give it its full name, Almost A Skateboard Company) was founded in 2003 by the godfather of modern street skating Rodney Mullen together with pro Daewon Song, and it remains a company that puts the emphasis on fun, creativity and self-deprecation above all else.

It is home to a family of amazing skateboarders coming together from all parts of the globe – as well as Rodney and Daewon, pro team members include American Cooper Wilt, Canadian Chris Haslam and Christophe ‘Willow’ Wildgrube from Germany. Other riders include amateurs Youness Amrani and Mitchie Brusco. Australian Lewis Marnell was sponsored by Almost until his death in January 2013.

The company has released a number of videos over the years, including Round Three, Cheese & Crackers and Willow’s World, a full-length video part edited by Mike Manzoori. In its latest film, 5-Incher, starring the full Almost crew and introducing Matt Chaffin, Michael Sommer, CJ Tambornino and Issey Yumiba, picnic tables, rails, slalom cones and curbs are exploited to their fullest. Almost also produces ‘Almost Famous’, a series on Tony Hawk’s RIDE channel, which premiered in December 2013.

Almost is also behind the Double Impact contest series, a global competition supporting local shops and the skate scene – each shop chooses the competition location, and the contest is open and free to enter. The best trick wins Almost Double Impact decks for a year. 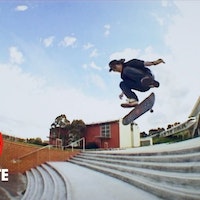 "Remembering our brother Lewis Marnell, looking back to his intro part in that was feature as a bonus in the Cheese & Cracker DVD."
5 years ago | by Matt Broadley Episode 6 is all about good times with the homies on 4 wheels. Featuring Daewon, Youness, Yuri & Fran out in the streets having fun.
5 years ago | by Matt Broadley 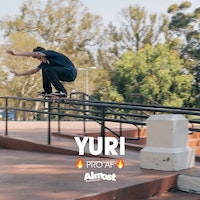 Go behind the scenes of Yuri's Pro surprise and his recent trip to Los Angeles to film with the Almost team.
5 years ago | by Matt Broadley 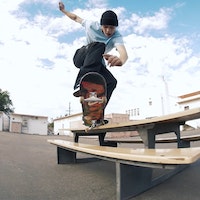 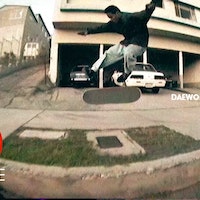 Episode 4 of Almost's Almost a Minute series is a Daewon Song 90's throwback.
6 years ago | by Matt Broadley "Remembering our brother Lewis Marnell. One of the many days of him having fun making music with his wife and friend."