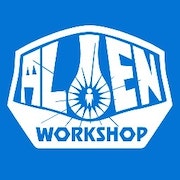 American skateboarding company Alien Workshop was founded in October 1990 by Chris Carter, Neil Blender and Mike Hill. Alien Workshop’s HQ was set up in Dayton, Ohio in a deliberate attempt to distance the company from the skateboard masses of California, and, over the last two decades, it has produced some of the most influential and innovative decks, wheels, apparel and other accessories on the market.

Rob Dyrdek has been associated with the company from the very beginning – he was Alien Workshop’s first team rider, and is currently part of a team packed with diverse and individualistic talents including pros Heath Kirchant, Grant Taylor, Omar Salazar, Dylan Rieder, Tyler Bledsoe, Jake Johnson and Gilbert Crockett, and amateurs Donovan Piscopo and John Fitzgerald. Other riders who have been sposnored by Alien Workshop include Mikey Taylor, Jason Dill and Anthony Van Engelen.

Dyrdek actually took control of the company for a period of time until he sold it in October 2013 to Pacific Vector Holdings, and he continues to be a minority shareholder of parent company DNA Distribution. Current products include a number of Dyrdek boards, including the Dropout, the Soldier IMPACT, the Archival and the Classic Triad.

Over the years, Alien Workshop has released four full-length films featuring its leading riders, including the latest Mind Field, filmed between 2005 and 2009. It is also responsible for the web-based Life Splicing, a series of short films, which, since 2009, has featured ‘teamriders, artists and friends’ – the latest in the series, ‘Tourohio’, was released in November 2013. TEMPLE is a conceptual monochrome short film, following skateboarder Sammy Montano on a journey through the Balkans and its fallen monuments.
5 years ago | by Matt Broadley Bill Strobeck on The Nine Club

Everything you ever wanted to know about Bill Strobeck. Shedding light on the new Supreme video, filming for Photosynthesis, almost dying filming Gonz...
5 years ago | by Matt Broadley Here's a fresh three minutes of footage with Sammy, carrying on from where he left off with his Alien Workshop part.
5 years ago | by Matt Broadley Alien Workshop, Max Garson and Emage Denver come together as one with this video offering and deck collaboration. Check it out
6 years ago | by Matt Broadley "Letters" is a new clip of Alien Workshop rider Sammy Montano, in association with Adolescent Lounge.
6 years ago | by Matt Broadley Joey Guevara's Pyramid of the Sun 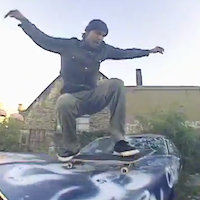 Yaje Popson and Joey Guevara are Alien Workshop's two newest pros, here's a minutes worth of footage to celebrate that fact.
6 years ago | by Matt Broadley 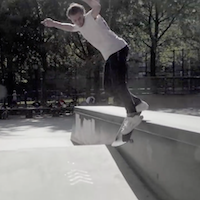 William Strobeck gets the Bobshirt treatment: find out how many VX's he broke over the years, what it was like the first time he met Dill and more.